What are PIR motion sensors and how do solar security lights use them? - Skip to content

Ideas / Commercial Solar Lighting / What are PIR motion sensors and how do solar security lights use them?

What are PIR motion sensors and how do solar security lights use them? 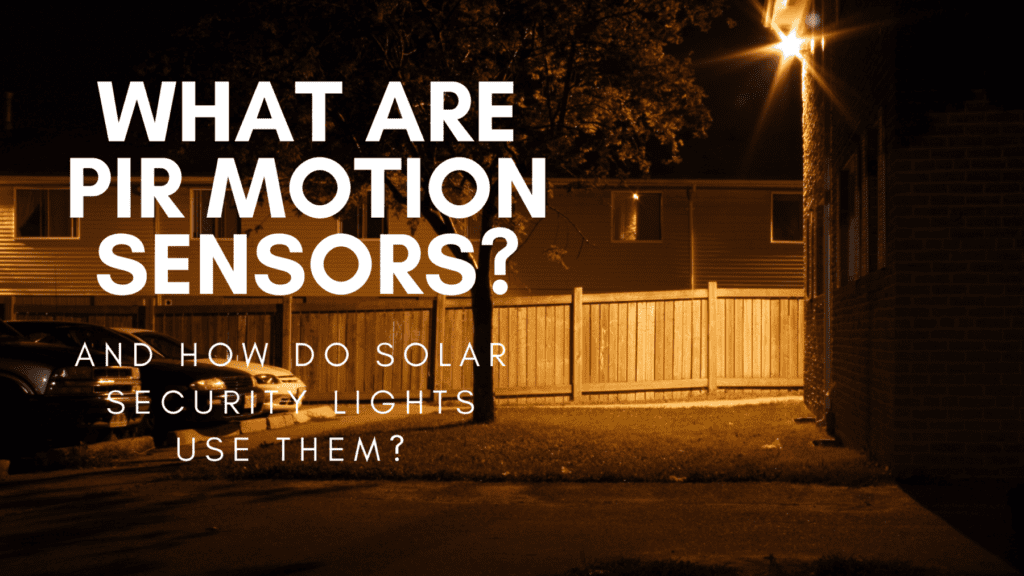 A PIR motion sensor (PIR stands for “pyroelectric, or passive, infrared”) is a device that detects movement and heat. These devices, also known as solar PIR units or IR sensors, create a grid that is triggered by changes to infrared energy levels.

PIR Motion Sensors are More Common Than You Think

Solar security systems utilize various motion sensing technologies, but PIR sensors are the most common. Though most often used for security and safety purposes, PIR motion sensors are also common in automated lighting systems, where they are known to save energy by limiting electricity in unoccupied areas. They are also found in automatic doors, plumbing, and ticketing machines. 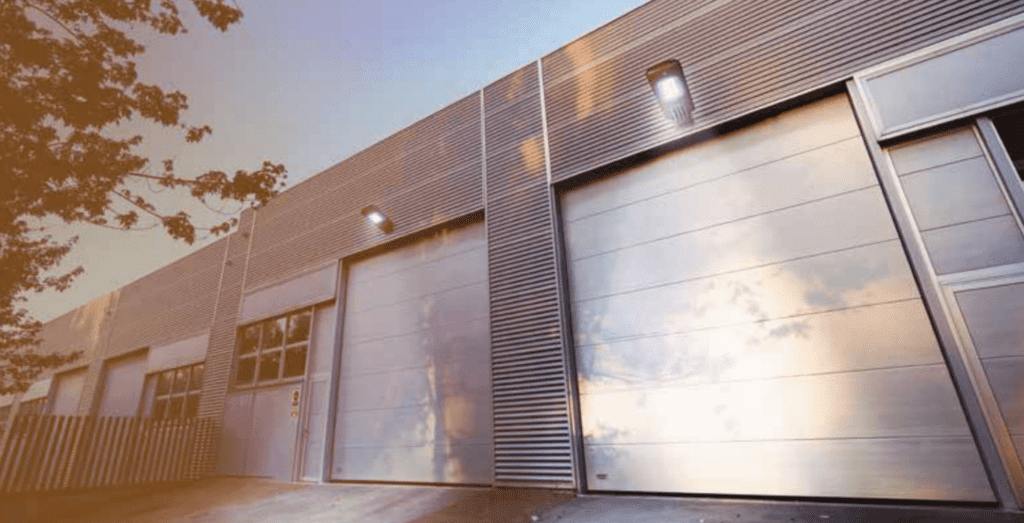 Solar security lights are perfect for automatically lighting doors and windows that may otherwise tempt intruders.

Why Choose a PIR Motion Sensor?

PIR sensors come in various forms, most of which are small, inexpensive, and easy to install. Most PIR units in lighting systems are not physically connected to a solar panel, meaning a panel can be adjusted for maximum sunlight and still power security lights facing opposite directions. Most models contain multiple lenses and sub-lenses for maximum detection and range.

Whether you want to enforce a teenager’s curfew, keep four-legged critters away, or deter prospective intruders, PIR motion sensors are an integral feature in any security alarm or automated solar lighting system.

PIR sensors are linked directly to your security system, so you will be alerted if they detect irregularities. The PIR detects changes in temperature and radiation levels in the sensor’s field of view. If any change is detected, your PIR motion sensor will trip your lighting system as your security system receives notice of the irregularity. 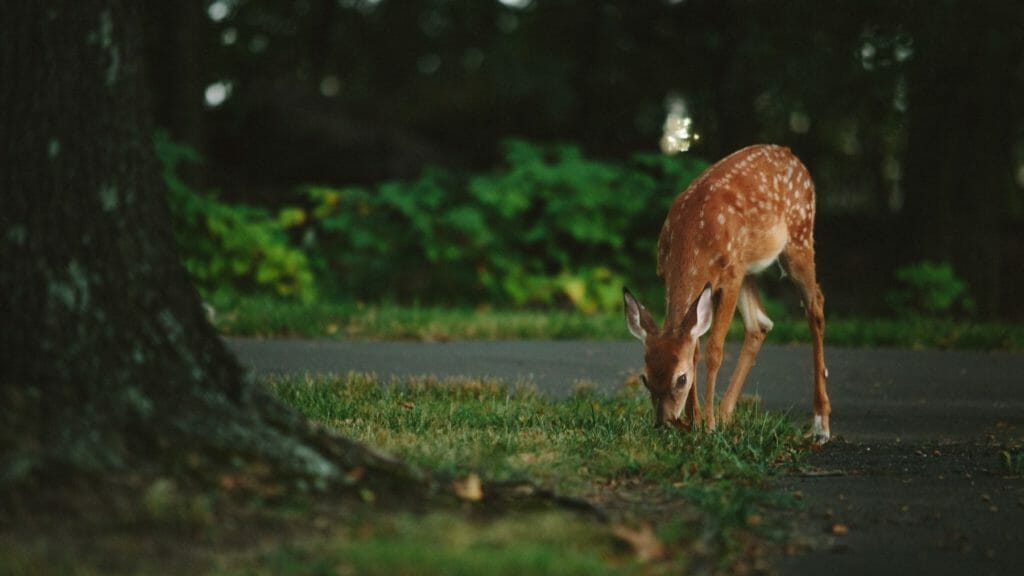 At night, cars, people, and animals like this deer activate the PIR motion sensors that turn on our security lights. Photo by Vladimir Kudinov on Unsplash.

What Kind of Maintenance Does a Solar Security Light with Motion Sensors Require?

No electrical wiring or electrician is required to maintain a solar security light with PIR motion sensor. All Gama Sonic products have a 2-year limited warranty and battery replacement is recommended after 1,000 cycles or approximately 3 years.

Where Can I Put Up A Solar Security Light with Motion Sensors?

In terms of placement, PIR sensors should be kept at least ten feet from heating vents. They are most effective when placed to detect movement near an entry or exit point such as a back door or garage door. It is important to consider the route a burglar might take and place sensors so obscured areas and parallel walls are within range. Once your motion sensor is mounted in an area that receives 4-6 hours of direct, unfiltered sunlight on most days, for maximum effectiveness, you can connect it to your home security system and adjust its settings. It is important to remember to clean your PIR sensor on a monthly or bimonthly basis, removing all dust and debris from its surface to avoid infrared interference. 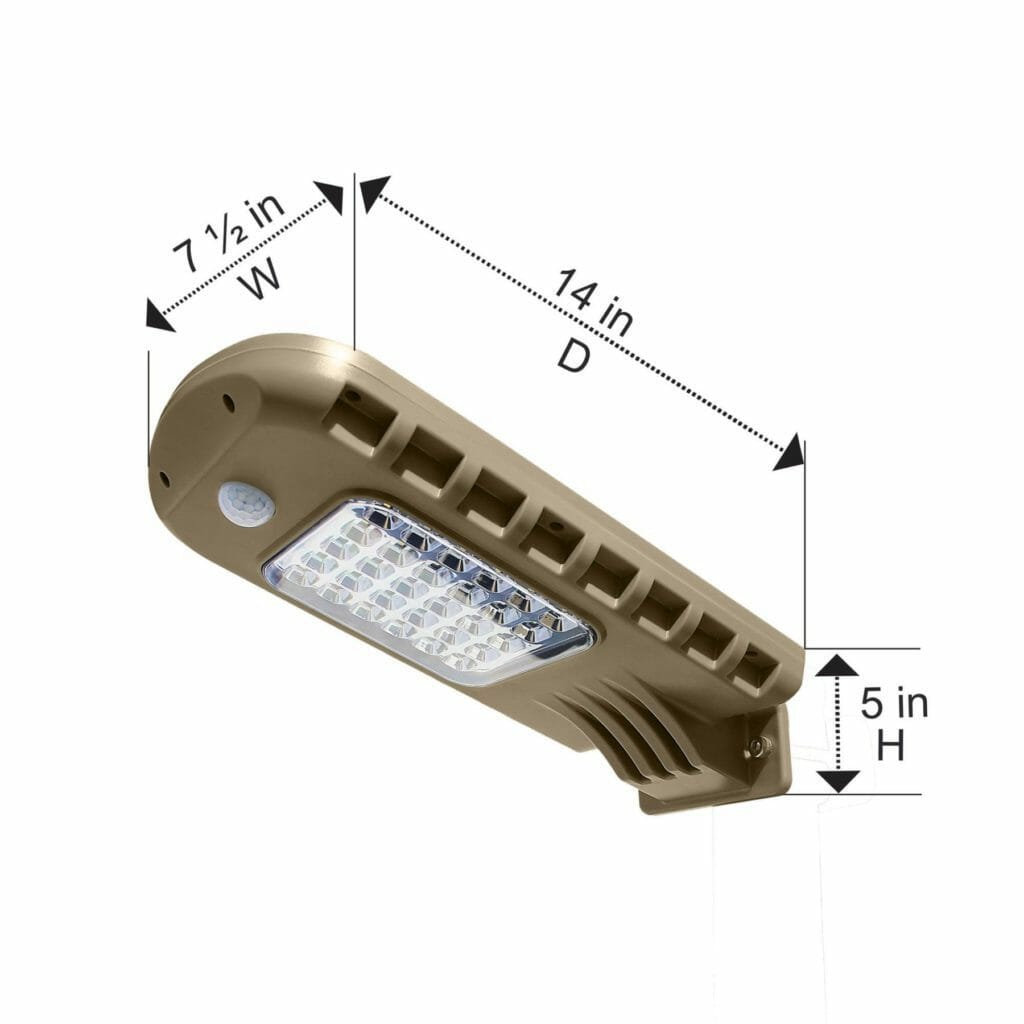 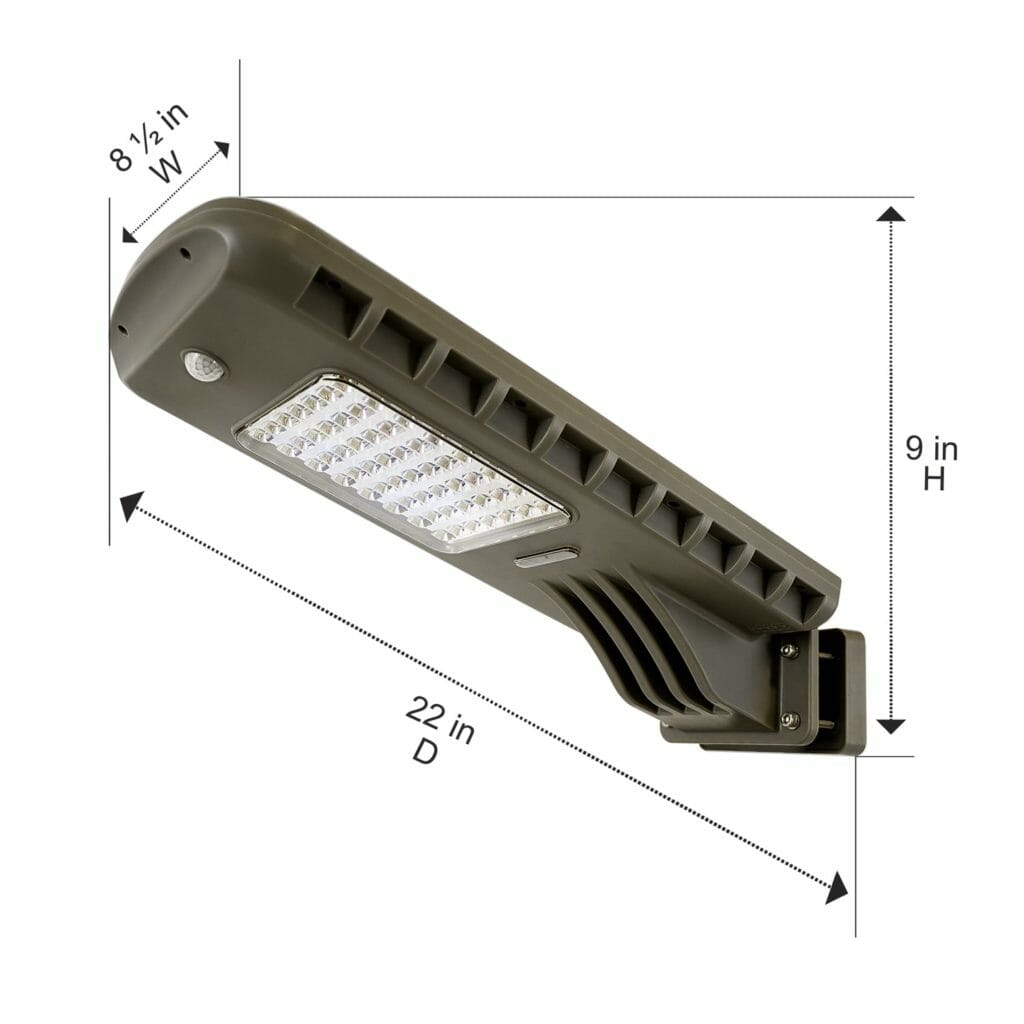 Designed to be mounted easily onto the side of a wall or secured to a pole, fitted with an integrated motion sensor, and constructed of rustproof resin, the Security Light is the perfect addition to any outdoor commercial or residential space. Its clean and compact design paired with an integrated solar panel will brightly illuminate the exterior of any warehouse facility, storage unit, garage, pedestrian passage area, or camping site. This light comes in 6 watts, which shines at 730 lumens, or 12 watts, which shines at 1440 lumens. 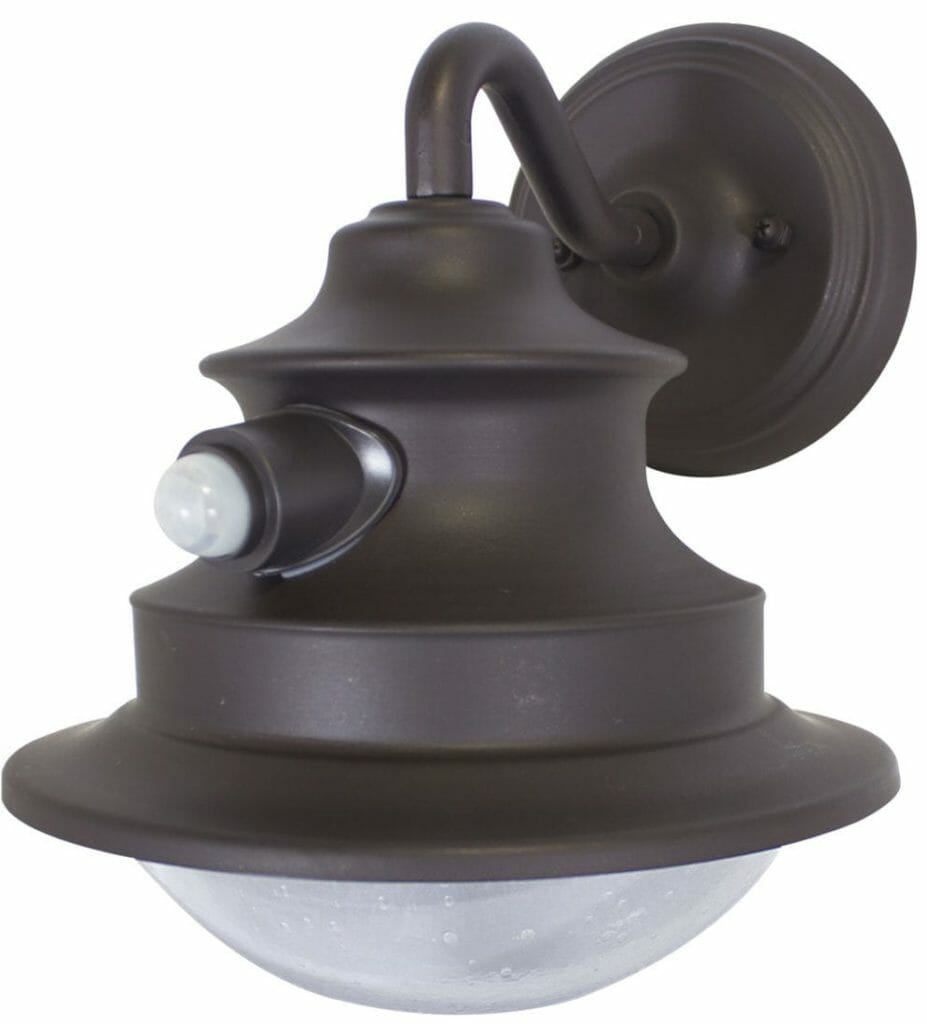 This Solar Barn Light with PIR Motion Sensor has a separate solar panel that can be mounted away from the light itself.

Light up your shed, greenhouse, storage units, garage, and more with this easy-to-install solar light. Our Solar Barn Light is water-resistant and can be easily installed on all types of material: metal, wood, or plastic. It is charged by a powerful Mono Crystal solar panel and the LED light never needs to be replaced. 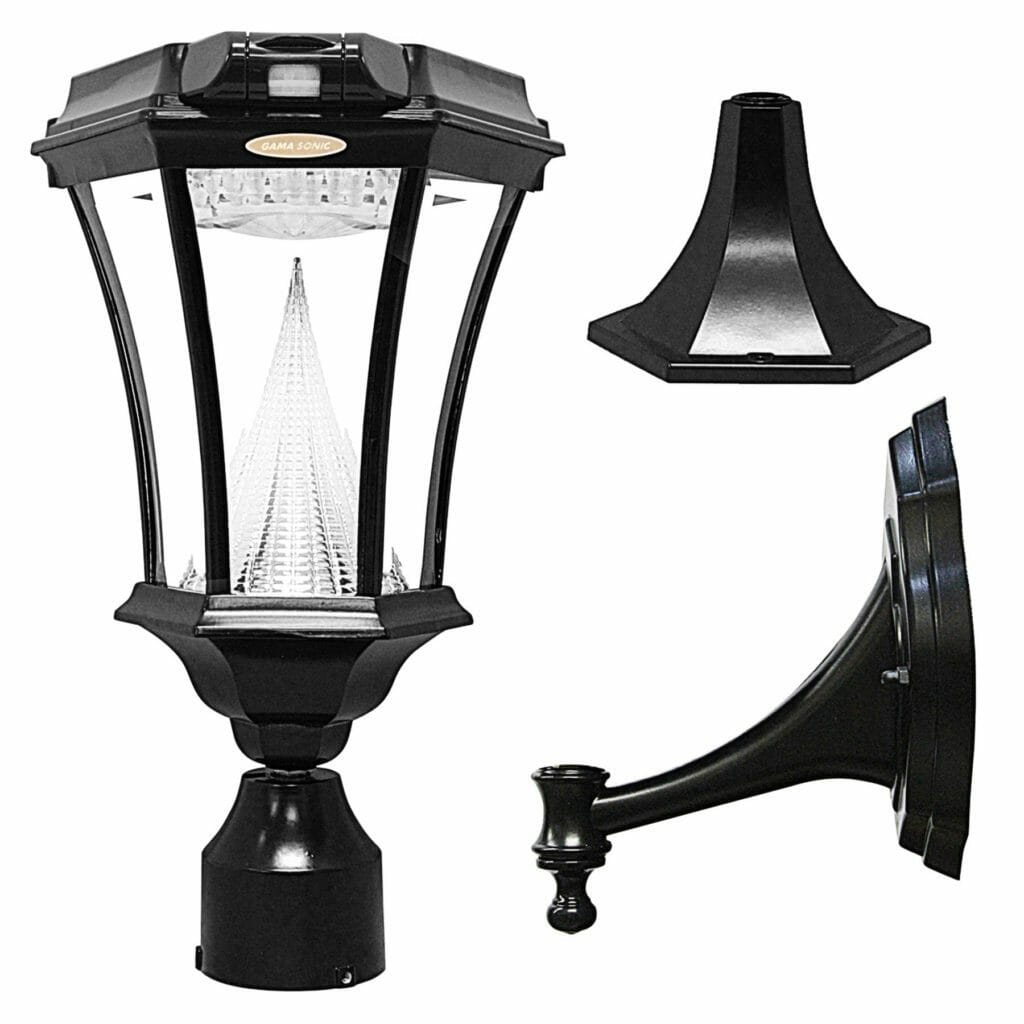 The Victorian Solar Light with Motion Sensor is available as an all-in-one post light or with Wall/Pier/3″ Fitter Mounts.

This light is also available as an all-in-one lamp with post. 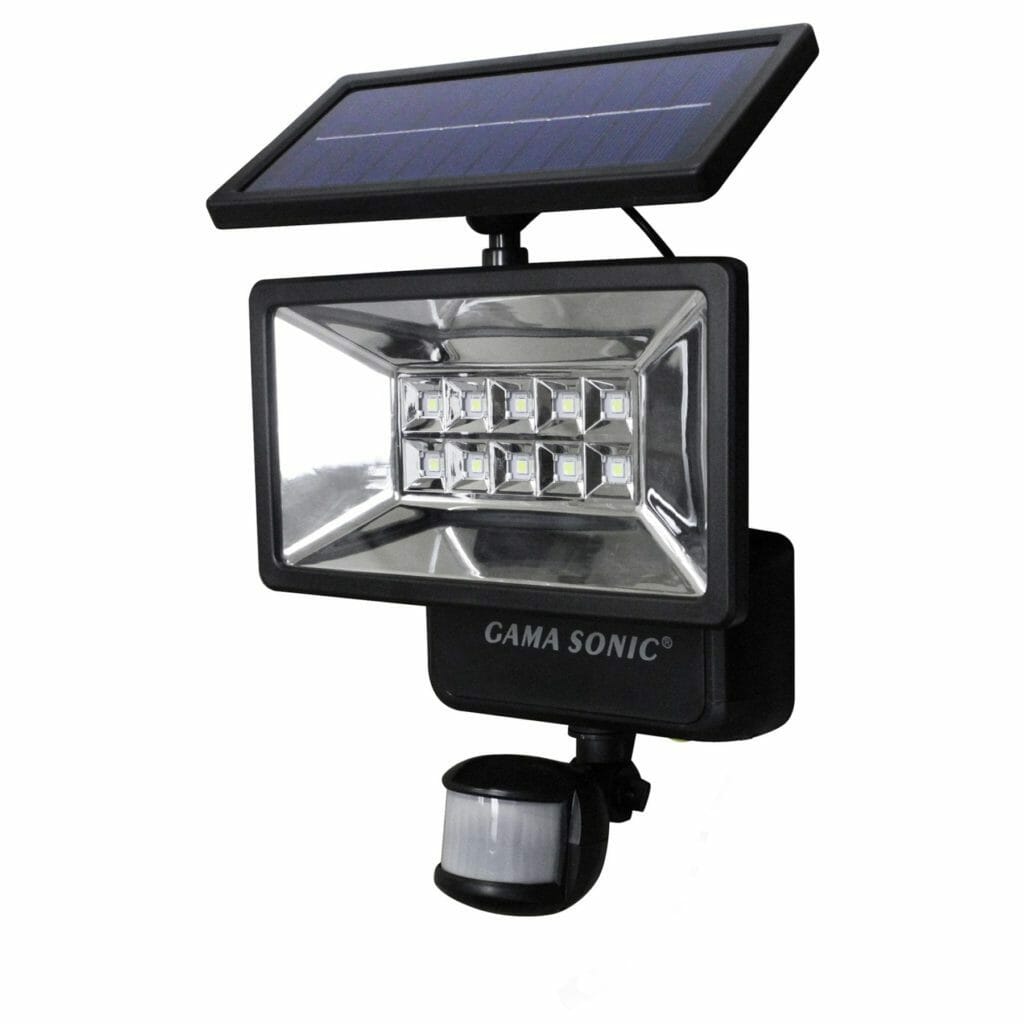 The Solar Security Light with PIR Motion Sensor has a solar panel that can be attached to the top of the light or mounted separately, away from the light.

The Gama Sonic Solar Security Light with an integrated PIR motion sensor is designed to be mounted on a wall. If you wish to mount this solar security light fixture in a shaded area, you can install the solar panel up to 15-feet away from the actual light.

With a PIR motion sensor, your solar security light will do the job of keeping your property safe and bright.

Commercial and residential lighting manufacturer and distributer Gama Sonic has been named to the Inc. 5000 list, the most prestigious ranking of the nation’s fastest-growing private companies. The Inc. 5000 list represents a unique look at the most successful independent ...
MORE →

What is Gama Sonic’s Morph Technology?

If you are at all familiar with solar lighting, then like us, you know how effective it is at reducing energy costs both for you and the environment. In order for more people to learn about and choose solar lights ...
MORE → 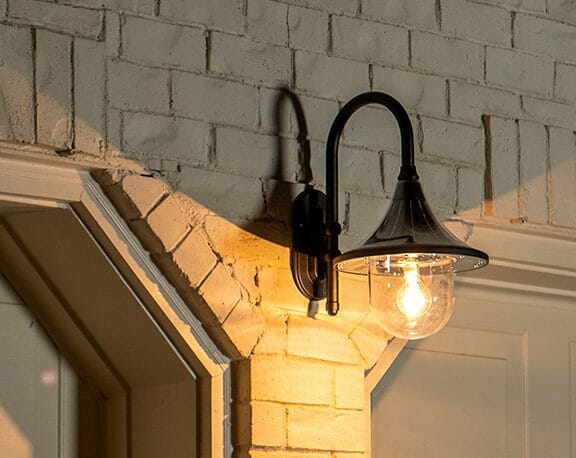 Make Every Evening a Timeless Classic with the Plaza Solar Light

When a light stands the test of time, you know it’s a keeper. Eye-catching with its elegantly curved lantern, the Plaza Solar Light with 3in Fitter and Wall Mount is a classic aesthetic choice, neither overstated nor understated but rather ...
MORE → 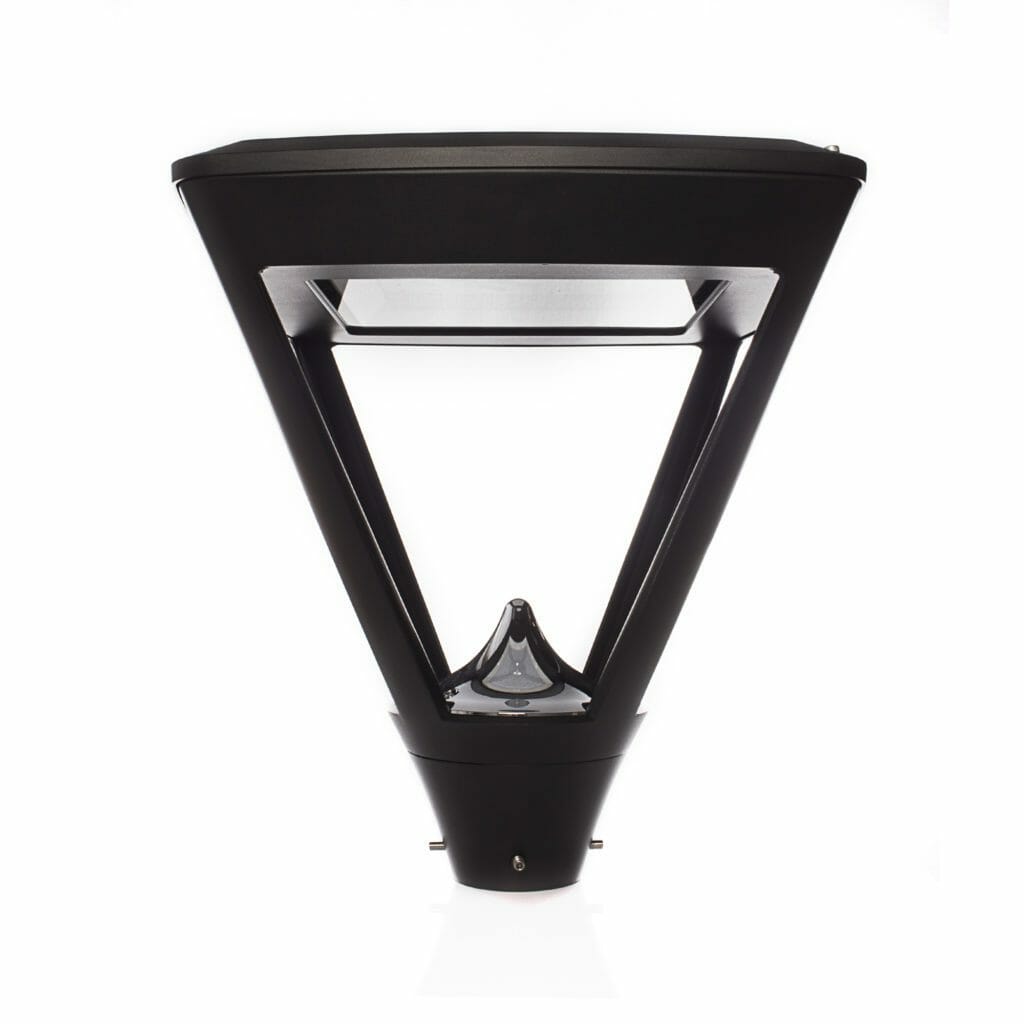 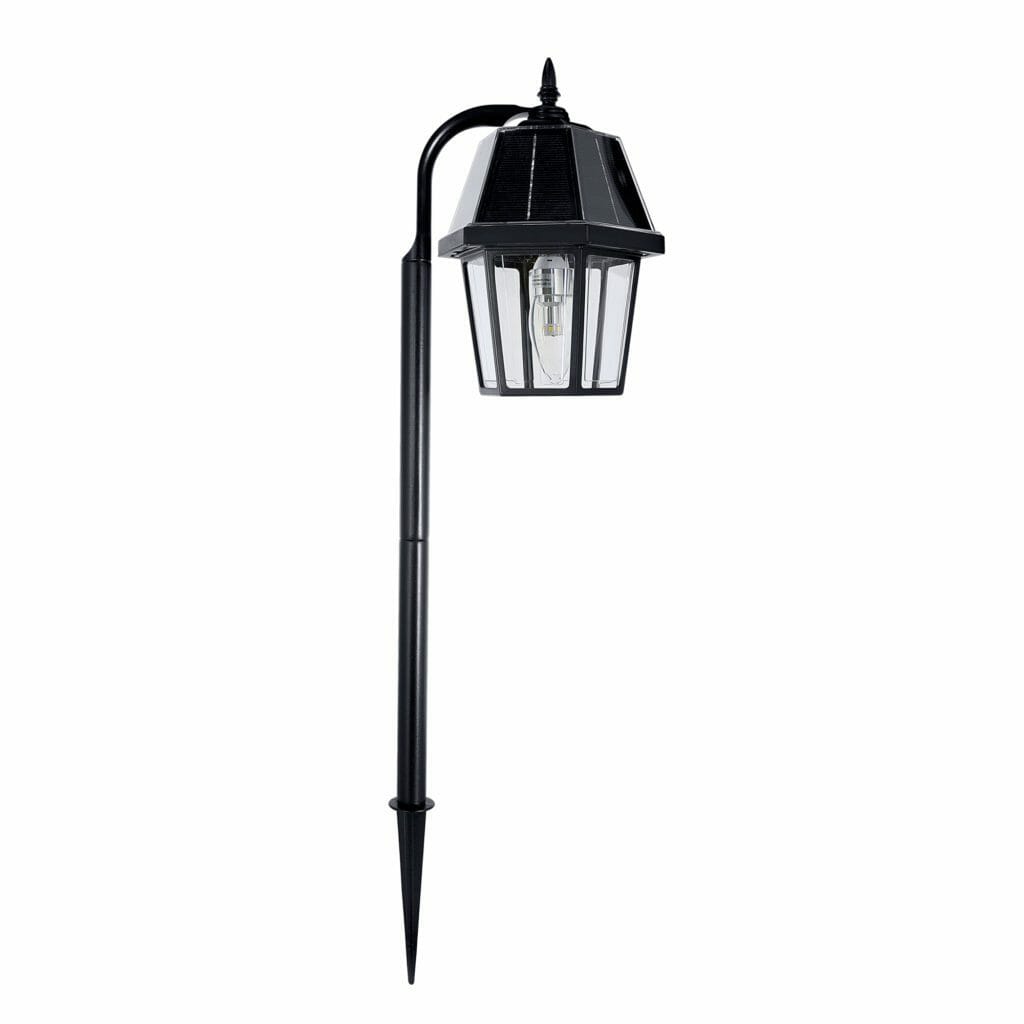